I’m sure many of you are already familiar with the Japanese style curry rice, or カレーライス, but have you also tried a similar dish called ハヤシライス (hayashi rice)?  It’s also a very popular dish served at many 洋食 (yōshoku), Western style,  restaurants, and you can find a packaged Hayashi rice roux mix at any grocery stores and make some at home. Hayashi rice looks similar too curry rice, but usually contains thinly sliced beef, onions, and mushrooms in demi-glace sauce, which is flavored with tomato sauce and red wine. Many restaurants also serve the dish with a dash of dairy fresh on the top, just to add some richness to it. It’s hearty, warm, and full of flavor, and is a perfect dish for a chilly fall/winter night. 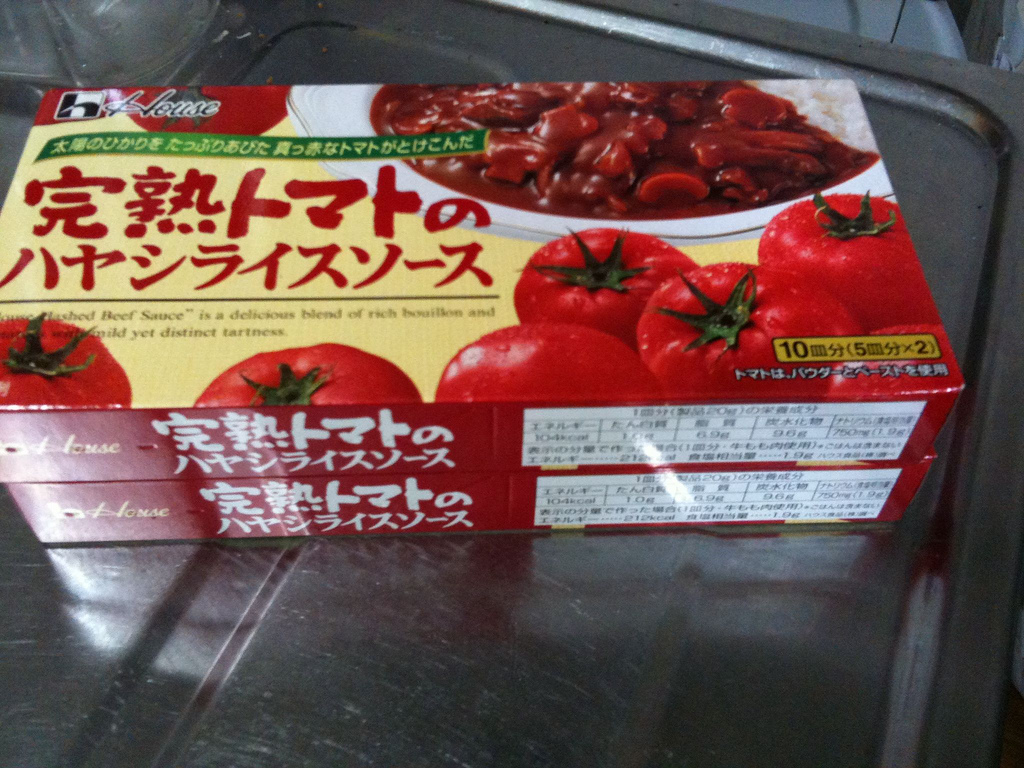 The origin of the name of the dish is still debated today, but the most common theory states that the dish was invented by a chef named 林 (Hayashi) who worked at one of many 洋食 restaurants in Tokyo. According to the same theory, chef Hayashi invented the dish to feed the restaurant workers, and came up with the recipe by combining the leftover demi-glace sauce with other ingredients.

Other theory says that the name was derived from the English word hashed beef, but I personally think that the other theory is slightly more convincing. I mean, yes they do taste kind of similar, but hashed beef definitely does not sound like Hayashi rice. Or does it? 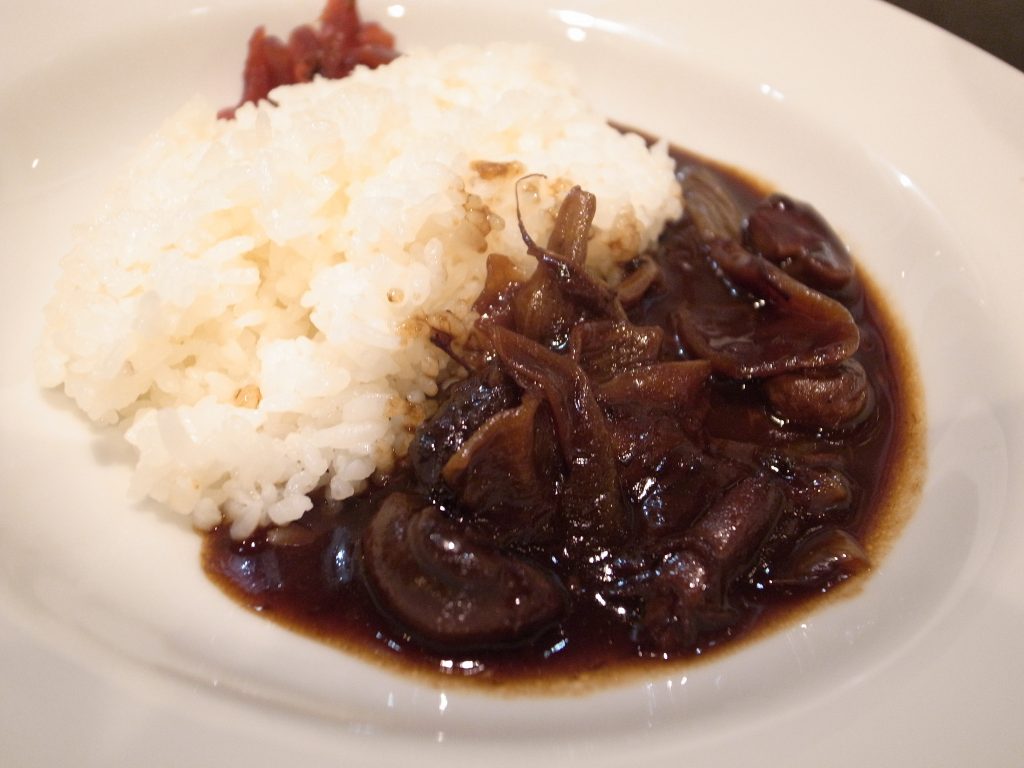 Anyways, if you are already thinking about what to serve for tonight’s dinner, you can try making some Hayashi rice 🙂