早起きは三文の得 (Hayaoki wa sanmon no toku) is a very common Japanese proverb that everyone has heard their grandma or pa saying at least once. The literal translation of the proverb is “You will gain 3 mon (an ancient Japanese currency which is worth about $0.33 today) when you wake up early”, but what it means is the same as the English proverb “the early bird catches the worm”: you should act before everybody else to gain advantage. Isn’t it kind of interesting that the two very different cultures have proverbs that represents the same idea? I wonder if there are similar proverbs in other languages too. 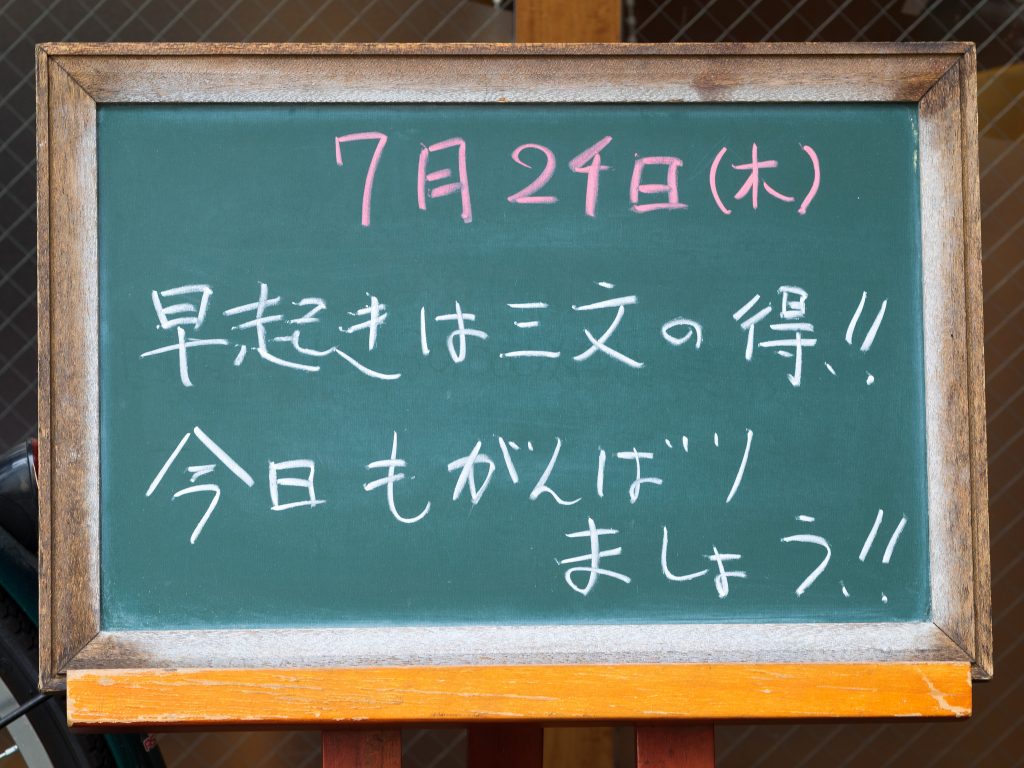 So everybody knows that waking up early is good, but have you thought about the silly worm who could’ve stayed in bed to avoid being eaten? I heard this argument a while back, and thought it was genius. Plus, if you will only be gaining $1 for waking up extra early, it might be a better idea to just snuggle in bed for longer especially now that the winter is approaching.

Are you an early bird or night owl? Let us know 🙂