HomeRefining the Gameplay for Alpha II 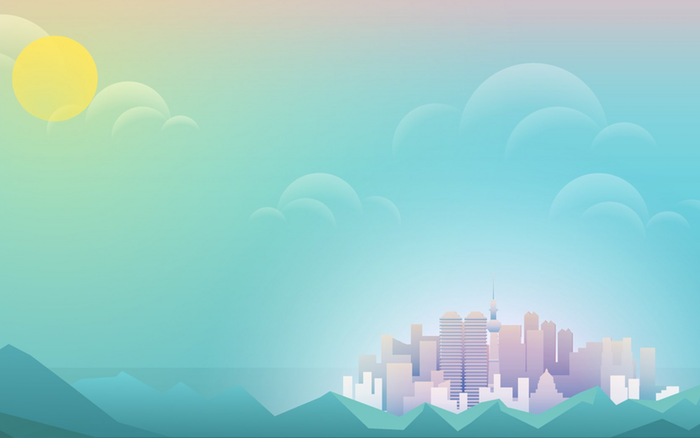 Hello everyone! Welcome back to the Kanjilicious home office Summer Updates. Kari and the Super Toy Box crew are deep into illustration mode on the Kanjilicious storyline, and two weeks ago we gave you a little preview of some of the characters and backgrounds you’ll see in the final app.

As those illustrations are being crafted, we at the home office have turned our focus to refining the Kanjilicious gameplay. As we’ve mentioned before, our alpha version of the app, that was based on our original Kickstarter video, ended up to be pretty boring. Adding a storyline was the first effort towards making Kanjilicious more immersive and fun, but there is more work to do to get this app just right.

The second thing we had to revisit was the basic gameplay within the app. The objective here, as you know, is to learn to read kanji. In order to do so we need to help players memorize more and more characters over time. An effective way to help the brain to remember information is to test it. We’ve played with the top 100 iOS and top 100 Android Japanese Learning apps, and roughly 30% of them come with some form of knowledge testing, mostly in the form of multiple choice quizzes.

Here are a few example screen from apps that test your knowledge of Japanese in a fairly standard and straight-forward “right/wrong” manner: multiple choice.

Somewhere on the screen you’ll see the object of what you are testing and four possible options. Tap on the one you believe is correct and you will get some immediate feedback as to right or wrong—wrong is usually red x’s and right is usually green checkmarks. Pretty simple, but also pretty boring. It takes a lot of motivation to make it through 1,006 kanji by just taking multiple choice tests.

In our original Kickstarter video the Kanjilicious gameplay was basic multiple choice. However, we’ve always intended to add game mechanics to increase motivation. Outside of language learning, there are plenty of popular games which are basically using this multiple choice quiz format. Some to very great effect. Two of the most popular games in the app stores today use this exact format. They are QuizUp and Trivia Crack.

The key to these two games is that they are keeping score in a way that is more fun than just tracking right and wrong. Firstly, you are scored on correct answers, but you also receive a bonus tied to the amount of time it takes you to answer. These are two standard game mechanics: Achievement and Countdown.

So here is how we’ll define the first two game mechanics in Kanjilicious:

1.) Achievement: Each correct answers is worth 100 points.
2.) Countdown: Players have 60 seconds to answer as many correct as possible.

Now, 100 points for a correct answer is fine, but purely round numbers, divisible by 100, aren’t very interesting. In a head-to-head game, ties are not cool, you want to declare a winner. So we also need to brainstorm additional scoring dimensions to try and add variety.

We know that each game session will be a series of questions one after another, so the idea of consecutive correct answers as a point multiplier seems like a nice addition as well. In the basic gameplay your base score of 100 will be multiplied by the number of consecutive answers you’ve currently accumulated.

Streaks will be the third defined scoring mechanic:

In addition, as your streak reaches multiples of 10, you get an additional 10 seconds added to your timer. Therefore, if you get into a rhythm and can maintain a lengthly streak, your available time—and total score—will rise dramatically.

4.) If Streak/10 is a round number then 10 additional seconds are added to your clock.

Finally, in order to eliminate the “round number” problem that would result in ties, at the end of each 60+ second round players receive an Accuracy bonus.

Accuracy bonus is defined as:

The game counts how many answers you get right, and multiplies that by the percentage correct of the total questions asked. Since both of these numbers could be even or odd, the final score in most cases, would not be easily divisible by 100.

So, for those of you who would like a peek behind the kimono, here is a screenshot of the new alpha with the current gameplay rules we’re testing.

The other piece of data you’ll notice above is what we’re calling the Moneyball. It’s a concept we picked up from the NBA’s 3-Point Shooting contest. Every tenth question is worth 5x the points if answered correctly. This is to further reward Streaks and really encourage people to get into a rhythm. It also adds a bit more pressure to every tenth question, which adds drama.

Of course there are a few other wrinkles embedded into the gameplay that we’ll have to discuss another time, but these are the six primary rules that we’re testing right now. We think we’ve improved gameplay which, when added to a more compelling storyline, will overcome the monotony of rote memorization present in so many other apps—and our own alpha. What do you think?

So, that’s it for this update. Thanks again for all your patience and attention. We’re working hard, and really appreciate your thoughts and comments. Please keep them coming.

PS: At the end of each round of gameplay the game will present a summary of your score. We are trying to figure out how many digits the highest possible score would be given the rules above. Anyone with a math degree want to help us figure it out?

Here are two more assumptions for you to use:

1. We will cap the duration of a game at 3 minutes. You can keep your streak going, but you’ll be capped at 3 minutes total.

2. Just for this exercise let’s assume that the highest scoring player can answer 1 question a second—this is super fast, but a much rounder number.

What is the highest possible score with these rules and assumptions? Tweet the answer to @kanjilicious.